Jim Warren’s a pro at making the pitch 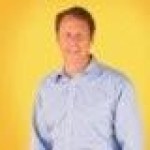 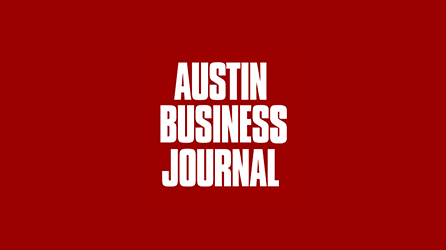 Austin is a town full of transplants who have been lured to the city for a number of reasons.

But it’s safe to say that not many people have been drawn by an infomercial.

One person who can make that claim is marketing consultant Jim Warren. He most recently led GSD&M Idea City’s direct response division.

About 10 years ago, Warren came to Austin to produce an infomercial for Loadhandler Industries, selling a conveyor belt-type product that could move loads of up to 2,000 pounds onto pickup trucks. The product was a hit and Warren decided to set up a marketing shop here.

Warren, who cut his teeth in television production, was inducted into the world of infomercials when the format was still in its infancy in the 1980s.

He quickly learned that “infomercials is its own little culture.”

“I know more about alkaline testing then I would want,” Warren quips. “I’ve taken pieces of cars and have dunked them in seawater. You can’t imagine.”

While in California, he co-founded his first infomercial company, California Production Group Inc.

In the early infomercial days, Warren says producers would go to carnivals and festivals in search of both products and pitchmen.

When B-list celebrities started becoming pitchmen, Warren was at the forefront of the trend. He hammered out a deal with Olympic gold medalist Bruce Jenner that became a blueprint for celebrity infomercial contracts.

Some of the more successful infomercials that Warren has produced include a show for SunTiger sunglasses [an infomercial that came on the heels of the mega-popular BluBlocker sunglassses infomercial] and one for The Galloping Gourmet Perfectionaire oven.

Of course, not all of the infomercials he’s produced have been winners, Warren concedes, saying that he lost some of his own cash on an infomercial for a vibrating brush that claimed to stimulate hair growth.

“I thought it was going to be a hit,” Warren says with a laugh. “It actually does work.”

While it’s been somewhat difficult to shake off the stigma that comes with infomercials, Warren says that experience has given him invaluable marketing insight.

It also was a launching pad to a career in traditional marketing. Warren has developed direct television shows, aka infomercials, and other marketing campaigns for major companies like SBC and AT&T while working for GSD&M.

Today, Warren is still close to his “As seen on TV” roots.

One of his projects is an Internet startup, called Infomercial.com, which he wants to build into a place where customers can view infomercials and buy products. He also co-owns the patents to several products sold on TV.

As for his other future plans, Warren is keeping an open mind.

“I like working with fast-growing companies, you know, midsize companies that can move fast and get things done without committees. Actually selling stuff,” he says.

Q: What did you learn from working on infomericals?

A: I learned how to acquire customers really well, and how to get a really good return on investment. There was a time when the industry got flat, and there was just too much competition, so I actually leveraged that experience to do more traditional marketing. Because of my infomercial experience, I understood not just how to get customers but what you do after you get them.

There was direct mail and then catalog, and then there was TV, but it’s exactly the same business model.

Q: What do you think about where the infomercial industry is today?

A: I think it’s awesome because there are some great uses for them. The industry has matured, but it is nowhere near where it should be and it’s due to the name. Microsoft has done infomercials, Apple has done them, and McDonald’s has for its Ronald McDonald House.

From the MNTN Slack – Why Are Brands Boycotting Social Media?